- Other - Review All Black Plastic Life MasterMind Creations Transformers
May 27, 2015September 19, 2015
Posted By: gema Elita 1, Elita One, Eupatorium, Fembot, Mastermind Creations, MMC, R-09
After series of official releases, let us continue with a 3rd party releases, this time by Mastermind Creations. After Cynicus, presenting R-09 Eupatorium, MMC’s take on Elita One (also as Elita-One and Elita-1).
Just like Optimus Prime, it wasn’t always Elita One. Before the war, the soon-to-be Elita One, Ariel, is a young dockworker and girlfriend of Orion Pax. Due to Orion Pax’s bad judgement call, Ariel was gunned down by Megatron trying to save him which she later was reconstructed by Alpha Trion  as Elita One.
Elita-1 is also the name of one of the 3 sisters appearing in Revenge of the Fallen but let us just forget about her…
Since Eupatorium is a retool of Azalea, this review will be brief. Review of previous usage of the mold can be found below 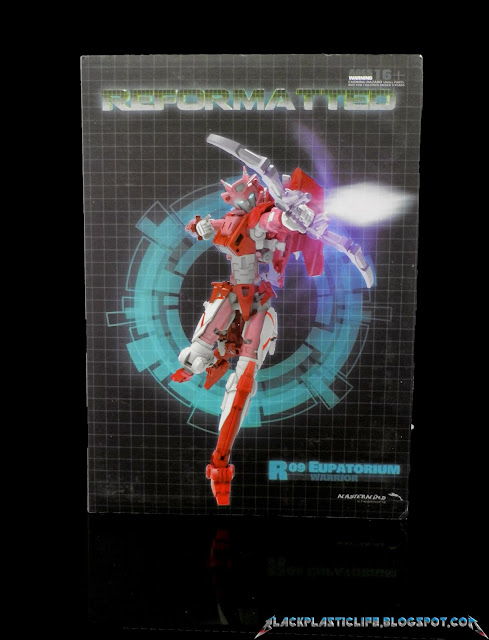 Eupatorium comes in a box with the same design as other Reformatted series releases with a artwork of their Not-Elita One on the front. 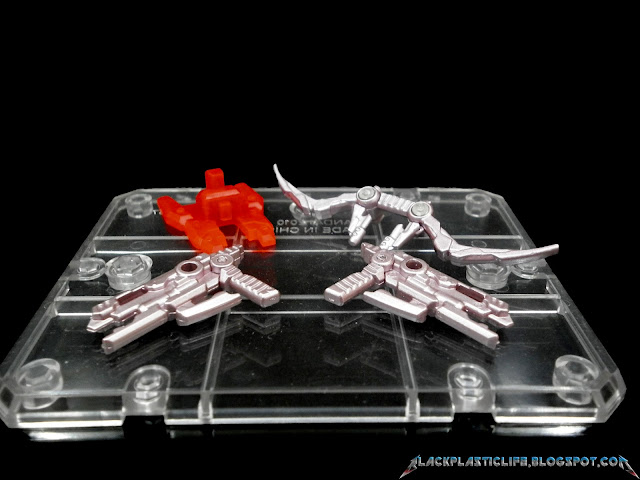 Just like Azalea, Epatorium comes with a flight stand and twin blasters. However, instead of the twin sabers, she comes with an energy bow. 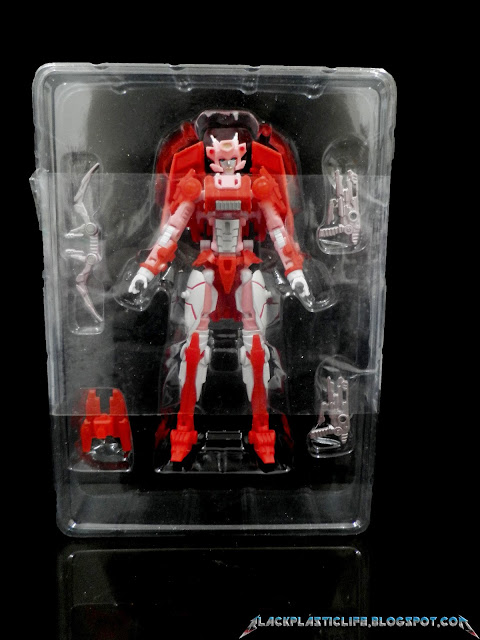 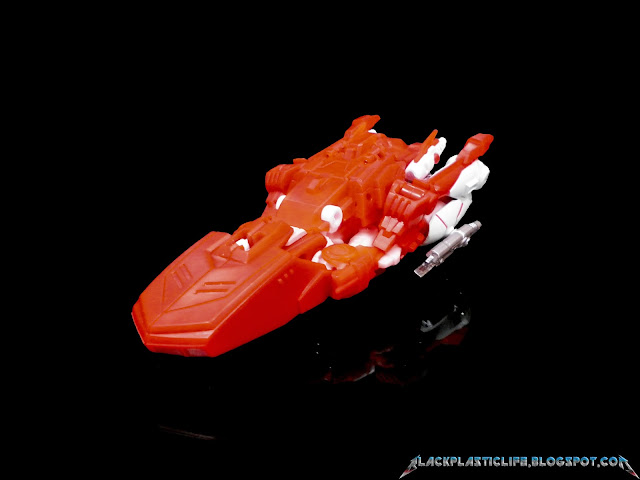 First, it might be puzzling to see that Eupatorium in alt mode is quite different from the previous variants considering she is just a retool of them. What happened actually is the wing pieces are attached to the front of the alt mode rather than the side making the alt mode looks longer and streamlined. 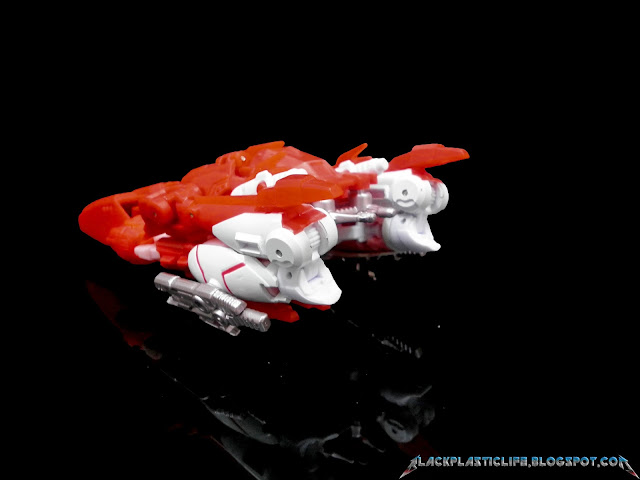 All three weapons that comes with her can be attached to the alt mode. While the twin blasters are quite visible, the energy bow can be stored nicely at the back. One thing that bothers me though, the overall paint scheme for Eupatorium made her looks really plain in alt mode, just like Zinnia. Would’ve been better if there’s a bit of detailing on the hood or the cockpit. 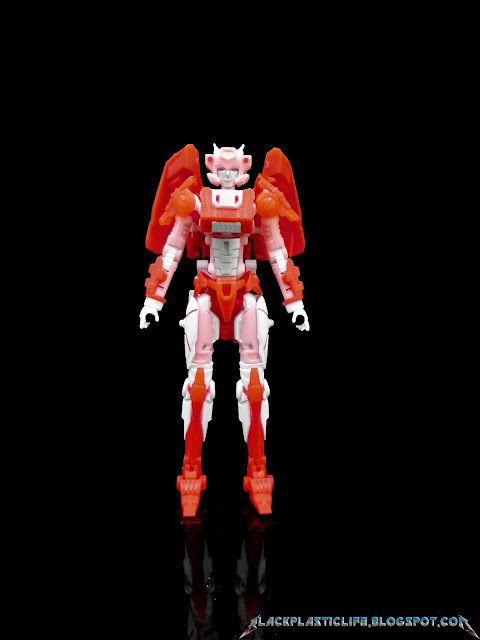 Despite what I said about her plain color scheme in alt mode, she looks quite okay and detailed in robot mode with the combination of red, pink and white. She shares the same mold as previous variants except for a new head. 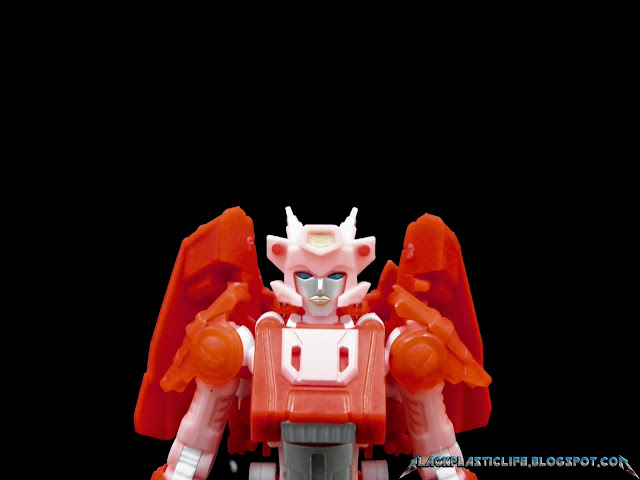 The lips look a bit weird in some angle of lighting but overall MMC did a good job with her head sculpt. For fans who knew the character, there won’t be a problem recognizing her as Elita One.
The quality is pretty much the same but somehow, her left leg keeps on popping off when I’m transforming her between modes. That’s a problem I never had with the previous variants. 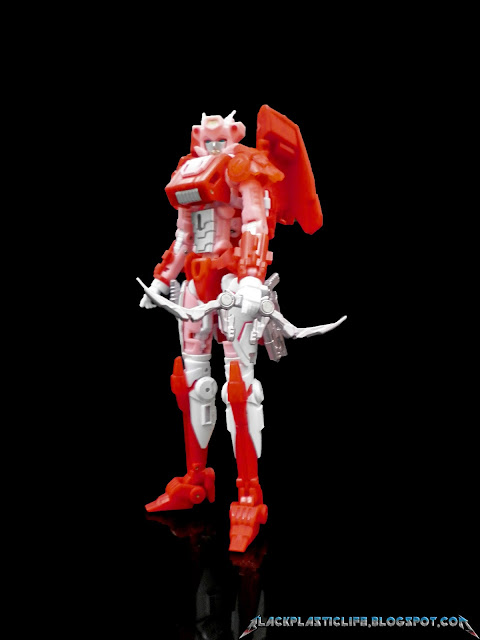 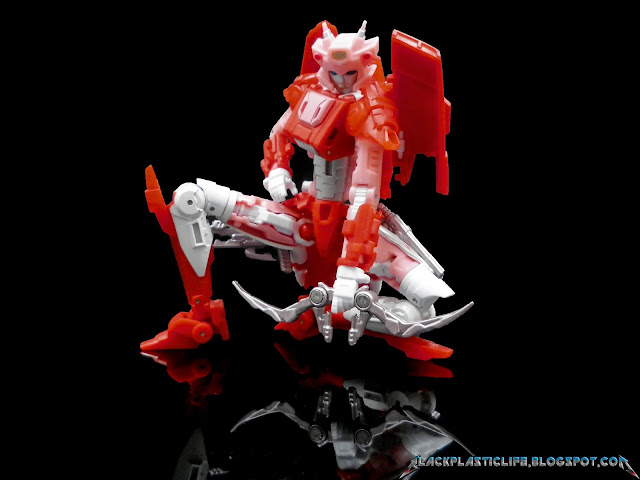 Giving her an energy bow is a good decision by MMC, not only because I’m tired seeing the variants packed with the same accessories but also, she looks damn cool using the bow. Eupatorium comes with a ball jointed head, ball jointed shoulders, double-jointed elbows, wrist swivels, ball joints on the thigh, double-jointed knees and ankle swivels/hinges. 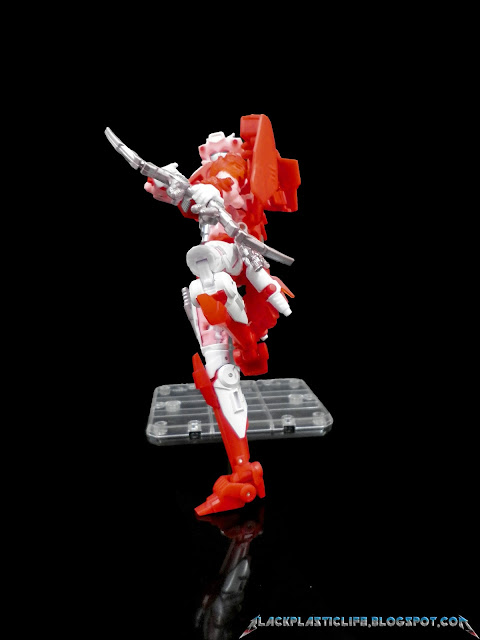 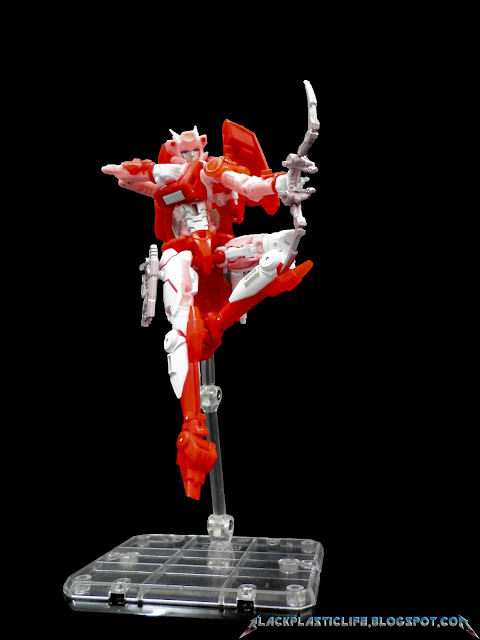 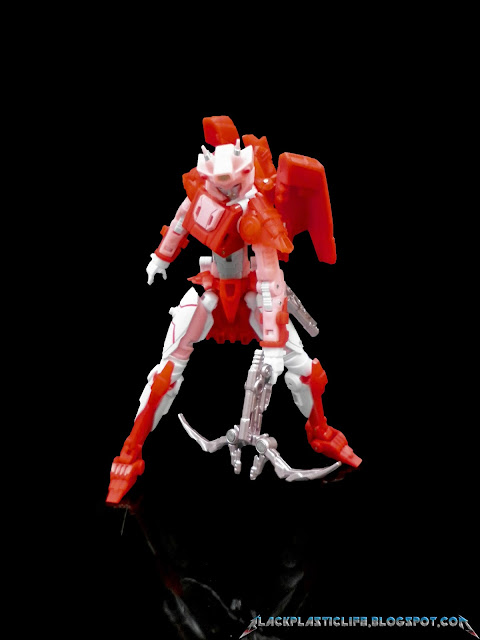 As an alternative, the energy bow can also be attached to the blaster forming some sort of crossbow-like weapon. 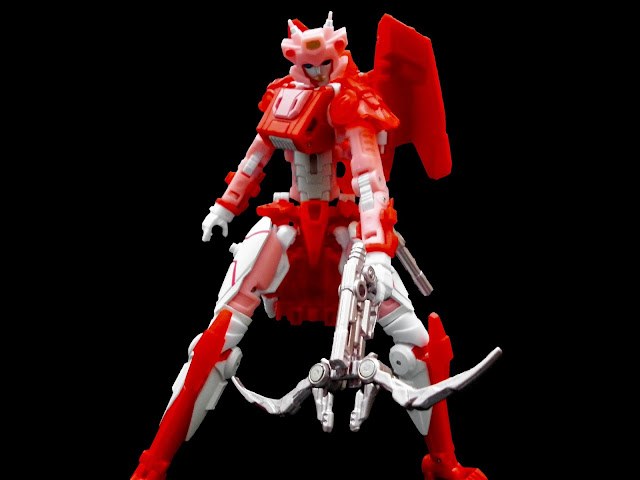 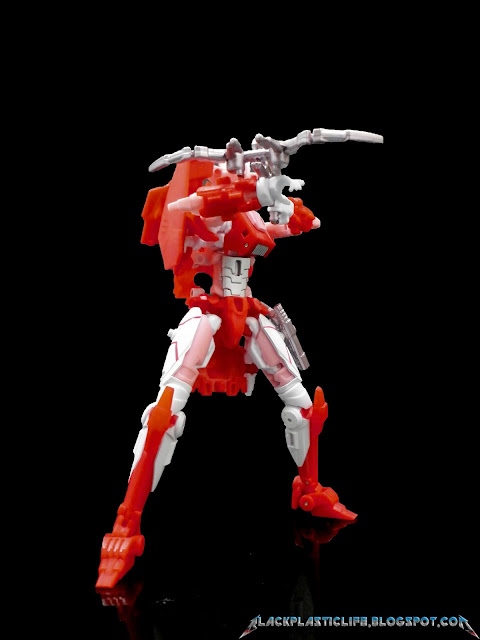 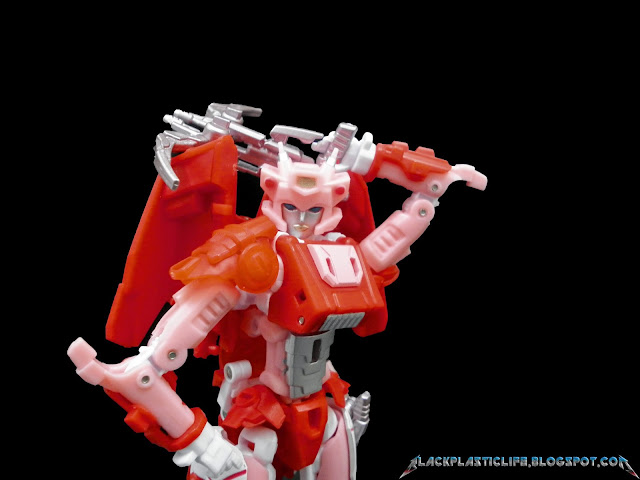 Like I said, brief review. Next stop, Salvia Prominon herself. Stay tuned!