- Other - Review All Black Plastic Life Botcon Hasbro SDCC Transformers
June 15, 2015September 19, 2015
Posted By: gema Chromia, Combiner Hunters, Exclusive, Female, Fembot, sdcc, SDCC 2015
Mid of the year, a great time for unknown exclusives. After [supposedly] Botcon 2015 Black Skids review, we will continue with another figure who was at first, thought to be another Botcon exclusive but turn out to be part of a 3-pack Combiner Hunters set, available at San Diego Comic Con 2015. Let us first start with Chromia. However, just to make clear, mine doesn’t come with the big sword (as in promo pictures) nor can I confirmed that the paint scheme is final.
Again, the review will be short as it’s a repaint of a figure I reviewed before. The review for normal version of Chromia can be found here. 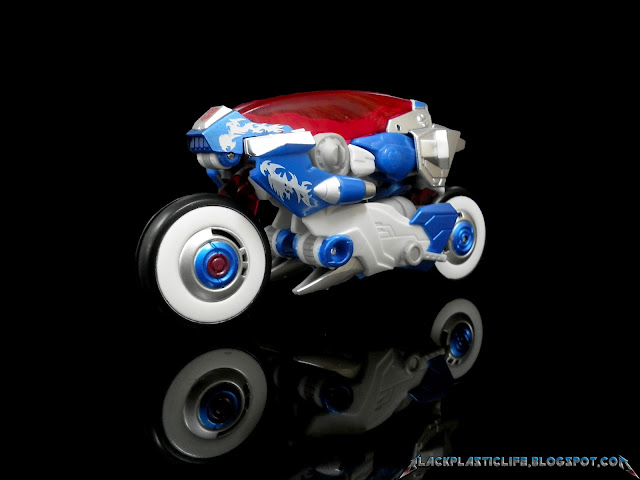 The first thing I noticed is the wicked light blue tribal tattoo/flame on the front and the side of the bike. A really nice touch but personally I would’ve prefered for them to extend towards the back. 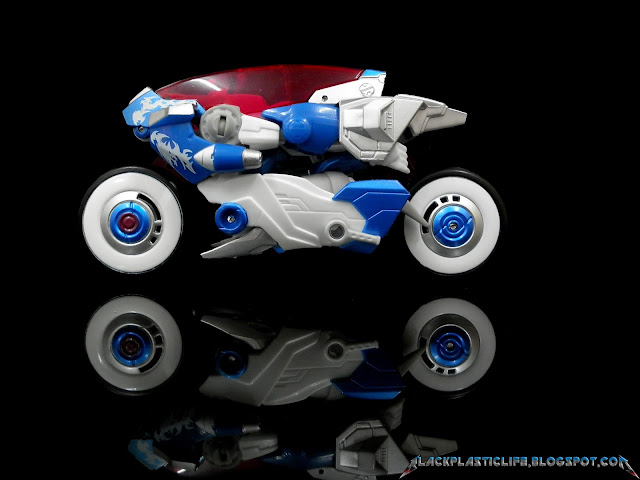 The overall paint apps can be considered clean and some of them are metallic blue, something that Takara version of this figure should’ve had, just like their releases few years back. The translucent parts are dark red instead of clear (Hasbro Chromia) and light blue (Takara Chromia). 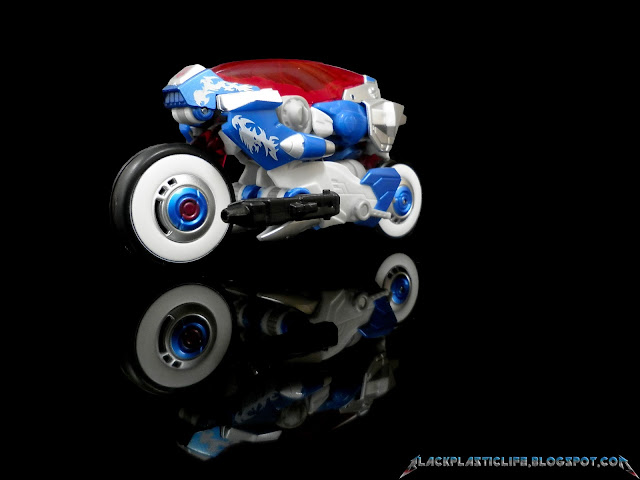 Like I said, I don’t have the big sword, only the normal gun just like previous Chromias. And I don’t know if there’s any other extra weapons or accessories that supposed to come with her. Only time will tell. 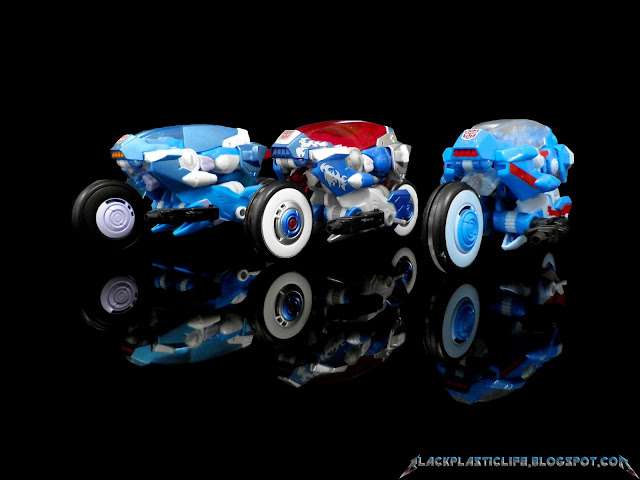 Compared all three, I think this version of Chromia is the most striking with the best paint application overall. 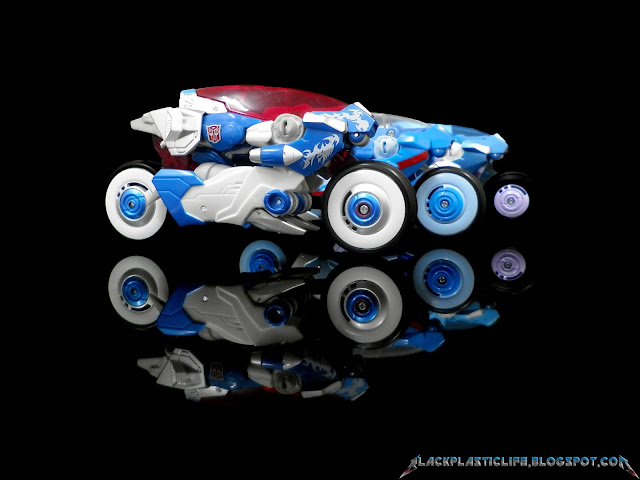 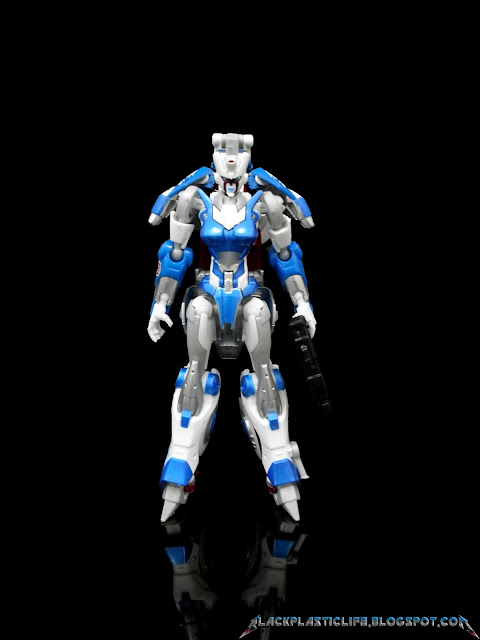 Being a direct repaint, there’s nothing different in terms of the transformation and overall, the joints are solid and tight. In robot mode, this version of Chromia has more white and grey compared to the previous 2 variants. The placement of the colors are well-thought-of without any parts looking weird or out of place. 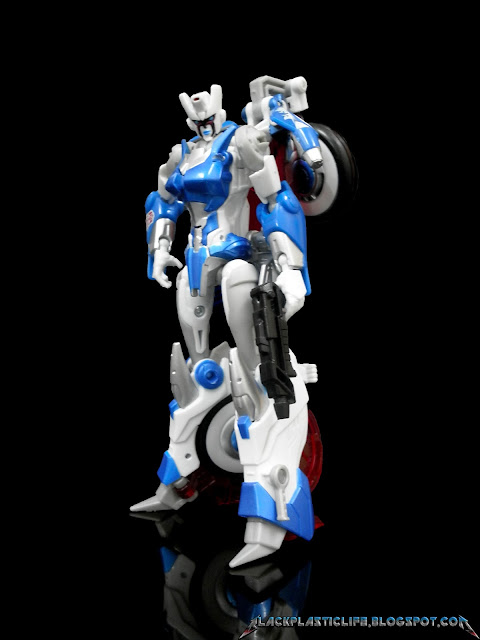 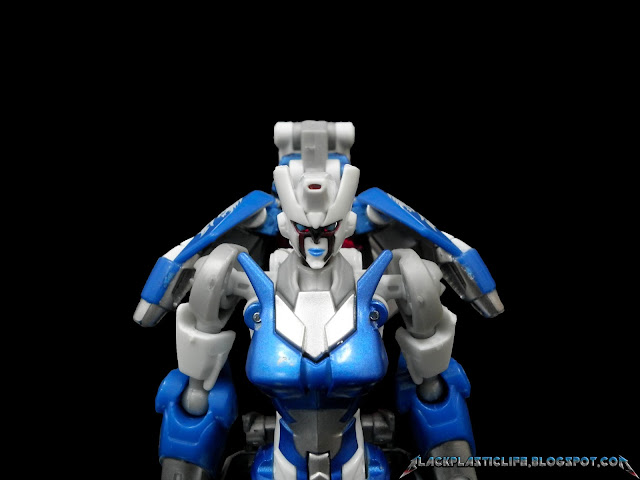 Seems like the theme of the set, Chromia’s face comes with carefully done war paint and blue lips. The overall paint apps and finishing for the is quite clean. 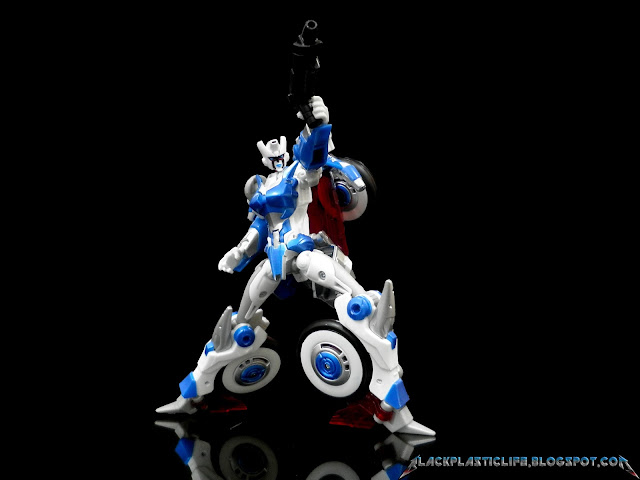 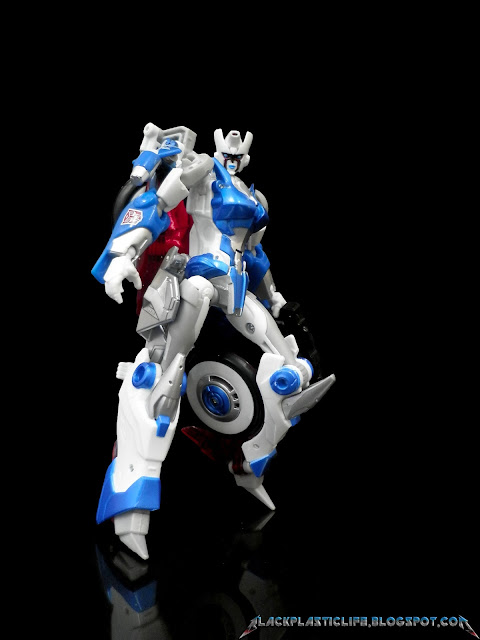 Initially, the paint scheme is not something I can get behind of but in hand, she looks okay and very unique. 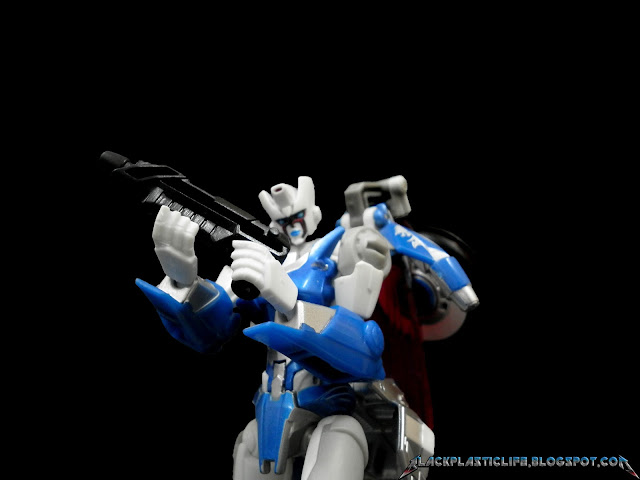 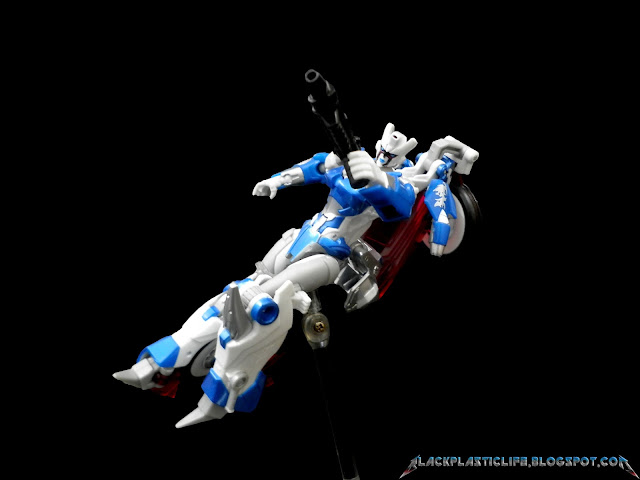 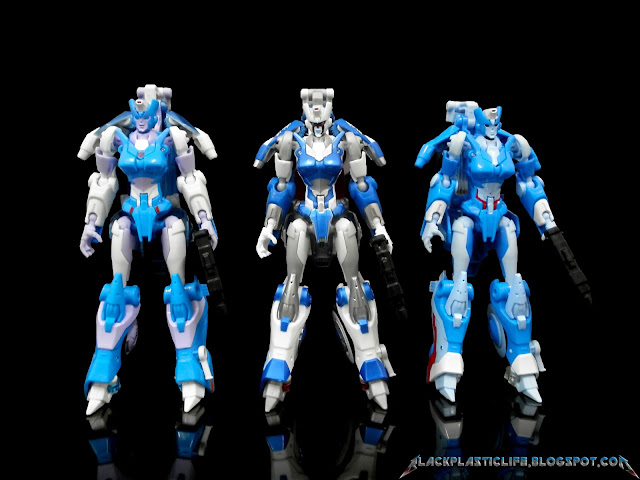